What Goes Into An MTBF Prediction?

In industries ranging from oil platform operations to e-commerce, people often need to calculate the mean time between failures to stay ahead of potential problems. MTBF prediction can address many problems, but it's important to not treat it as a magic wand. You should understand what goes into an MTBF calculation so you can better apply predictions.

The bedrock of MTBF prediction and calculation work is logging failure data. You need to collect information so you can make grounded decisions.

An injection molding company might need to figure out how long it can run its main systems before shutting them down to clean the nozzles, for example. They would run the systems normally to collect data through logging. After collecting a statistically significant amount of data, the company would then analyze the data to perform an MTBF calculation. Depending on the results, the company can then decide if it needs to increase or decrease the time between scheduled maintenance cycles.

Notably, there should always be a clear distinction in how you code failures in the logs. If someone elects to shut down the machine and perform maintenance, that doesn't count as a failure. A quality MTBF calculation database should clearly distinguish between voluntary shutdowns and incidents that compelled shutdowns due to failure risks. Likewise, it's a good idea to categorize incidents in the log so you can distinguish between types of failures.

The term "mean" is the preferred usage in the world of statisticians. Many people who've been through middle or high school math are likely familiar with the concept, but their teachers probably taught it to them as average.

Most real-world applications are not going to be as simple as that example. Systems often operate for thousands of hours at a time. A well-configured web server with reasonable traffic, for example, could go months or even years between failures that disrupt its operations. Similarly, a multinational corporation with an expansive customer base could deploy hundreds or thousands of such servers.

As you expand the pool of systems in the dataset, that makes the math more complex. How do you cope with the rapidly increasing complexity of large systems? You use computing power. The typical MTBF prediction results from computers running millions of analyses to examine many possible worst-case scenarios.

For more information, go to websites of companies that can help with this. 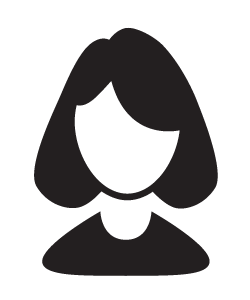 I haven't always been someone who is great at listening, but a few years ago when I started learning about business, I knew that I needed some expert advice. I started talking with other professionals who had a lot of experience, and they directed me to a consultant who really knew the trade. They were great to work with, and they even helped to give me some advice that really improved my competitiveness in a new market. This website is here for anyone who is thinking about starting a company of their own. Check out these tips to make your next business idea pop.

Benefits of PMP Certification Training Before Your Exam
18 January 2022